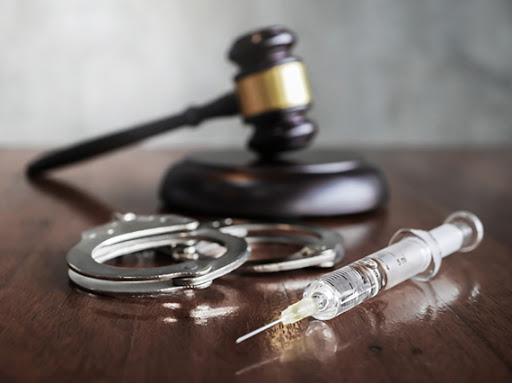 Virginia has executed more prisoners, except Texas, than any other state in the country. But now things are changing with a democratically–controlled legislature in Richmond, for the first time in a generation in Virginia. A bill currently sponsored by Senator Scott Surovell (D-Fairfax) has a good chance of passing this legislative session in Virginia, which proposes to scrap capital punishment altogether.

Virginia needs to do away with the death penalty for several important reasons. First, not all people sentenced to die are actually guilty. We can confirm this fact by virtue of the Innocence Project’s representation of death row prisoners who are later exonerated by clear-cut DNA evidence. DNA technology alone has exposed 174 wrongful death row convictions since 1973.

Secondly, the racial disparities in the death penalty’s application have roots in the history of slavery and Jim Crow segregation. There is a disproportionate number of Black and Hispanic people who are executed in this country, and certainly in Virginia, then the overall population percentages of those races. Nationally, non-Whites account for a disproportionate 55% of inmates on death row, according to the American Civil Liberties Union. That is certainly due, in part, to deep prejudices that linger in our juries and in our judges, particularly in former slave states. A ban in Virginia, the former capital of the Confederacy, could help to sweep in the abolishment of the death penalty across the entire south.

“Just as Confederate monuments are being dismantled, this vestige of Confederate law is also facing dismantling,” said Robert Dunham, executive director of the Death Penalty Information Center. “That historical context is a central part of the repeal of the death penalty. And repeal offers a real opportunity for racial healing,” he said.

The death penalty has had a strong connection to the Virginia Commonwealth’s history of racial injustice. Virginia’s criminal code used to differentiate between capital and non-capital crimes based upon the race of the perpetrator and the race of the victim. “Once that discrimination was declared unconstitutional (in violation of the 5th and 14th Amendments to the U.S. Constitution’s equal protection law), it still persisted in practice because of the discretion afforded all-White juries,” said Dunham of the Death Penalty Information Center.

From 1900 to 1969, he said, Virginia did not execute a single White citizen for any offense that did not result in death, while at the same time 73 Black men were executed for rape, attempted rape, or robbery.

The video of George Floyd, an unarmed Black man, dying under the knee of a White police officer in Minneapolis in May 2020, led to protests and criminal justice overhaul in Virginia and across the nation. Images of mostly White supporters of President Donald Trump storming the Capitol this month with limited opposition from police showed for some reason that racial bias warps the administration of justice. Those events could very well, and should, boast the repeal efforts for the death penalty in Virginia, as well as the broader criminal justice system overhaul that Democrats began this summer. A bill pending to abolish minimum mandatory prison sentences which is now also before the Virginia legislature for a vote is another prime example of the changes on the horizon.

In some ways, the political shifts are catching up with the overall public sentiment against imposing the death penalty. A November 2019 Gallup poll showed that for the first time in 34 years, a majority of Americans said that life imprisonment with no possibility of parole was better punishment for the crime of murder resulting in the death penalty.

No jury in Virginia has imposed a death sentence since 2011 and the Commonwealth has not executed anyone since 2017 when the state executed two people.

For all these reasons, the Virginia legislature needs to abolish the death penalty in the legislative session, and let us hope that this results in the same action in the former confederate southern states.