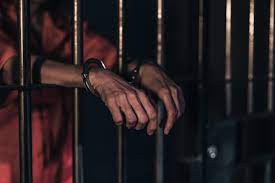 A black man from Cleveland, Ohio spent 28 years in the state penitentiary for a murder he did not commit.

This article not only points out the weakness of convicting someone based upon eyewitness testimony, it shows further the illegal actions of law enforcement to force a conviction by telling a trial judge that a proper photo lineup (a group of different photos of similarly looking people) were shown to the victim witness, when only the accused’s photo was shown to her by the police (obviously suggesting the perpetrator).

Then, in order to show the judge the non-existent photo lineup which he ordered to be produced at the criminal trial, the police, in cahoots with an assistant prosecutor, manufactured a photo lineup after the fact so that false evidence could be used to convict this man.

He is also suing the state for the wrongful actions of the police and prosecutors in fabricating his wrongful conviction.

‘Everything is Different … Your Family Members You Don’t Know’: Cleveland Man Labeled a ‘Monster’ After Being Jailed for Almost Three Decades for a Murder He Didn’t Commit Gets Exonerated